I think things are back to normal

Well, I think I can finally say things are going back to normal, some what.  😉  Let see, where to start.  My niece is doing well.  Still battling headaches and aches & pains, but that will be for some time we guess.  Her heart & lungs are fine, she just had open heart surgery and a pace maker put in last year.  So it’s a blessing that she’s doing so well.  My dad is doing great too.  All three tubes have been taken out, and just one last small tube has to stay in for about 5 weeks.  But he is healing so quickly that it might come out quicker.  They live in a little town without real good medical care, so they’ve stayed in the hospital, in extended care for an extra week.  But they are hoping to go home on Thanksgiving day or earlier.  If they are there on Thanksgiving day, we’ll go down and visit during the morning.  So they are on the mend, and I probably won’t keep updating on them, just wanted to give one last update.  🙂

On Wednesday Paul and I talked and he decided to finally go to the doctor regarding some things that he’s been dealing with for years.  He’s had bad neck pain for years, and dealing with stomach/throat issues for almost as long.  After everything that has happened with my dad, he figured he had put it off long enough.  So on early Thursday morning we went to our family doctor and Paul told him everything.  He did everything we figured he would do.  He drew blood, set up for Paul to have xrays and a Upper GI series, plus start physical therapy.  So early Friday morning we went to doctor so he could have his xray & Upper GI series.  We got the results yesterday afternoon.  So far his blood work is fine, though they are still doing two more tests.  Don’t ask me what tests they are doing, I haven’t a clue.  🙂  He’s got a degenerative disc in his neck with some boney growths too.  Plus he has a haital hernia in his stomach.  As bad as it all sounds, it’s nothing too bad, and about what we expected.  The doctor has started him on a regimen of Nexium, he’s on a high dosage of anti-inflammatory and he starts physical therapy on Monday.  So he’ll get in his routine of physical therapy, and we don’t have another doctor’s appointment until mid-December.  I think for a while we’re done with doctor appointments.  🙂

Last night I finally got my new cell phone.  It’s the same as my last one, just a new replacement.  I am so happy I finally have my phone back, and so is Sarah, because now she gets her phone back.  🙂  I played with that for a while last night waiting for Sarah to get home.  She was at a girls night out party that didn’t end until 11:00pm.  Then this morning I got to actually sleep in and not have to rush anywhere.  I wanted to visit my parents at the hospital, but then a snow storm hit this morning.  So we just hunkered down here at the house, and I finally get a day where I can stay at home, relax on the couch and just rest.  We do have church tonight that we’ll probably make it to, and Paul is working today.  But the kids just finished shoveling, and I’m curled up on the couch with my laptop watching a movie.  I really need this day.

This morning when I woke up it was raining.  By the time I got out of bed it was a rain/snow mix coming down.  Then about 3 hours after that we had this. 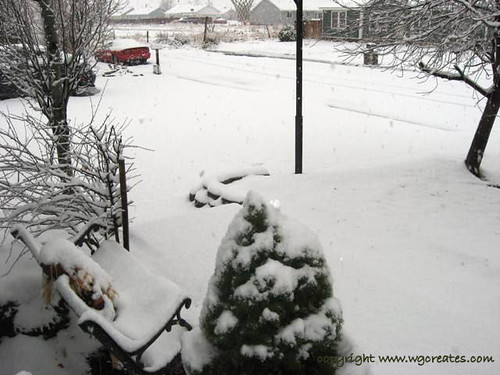 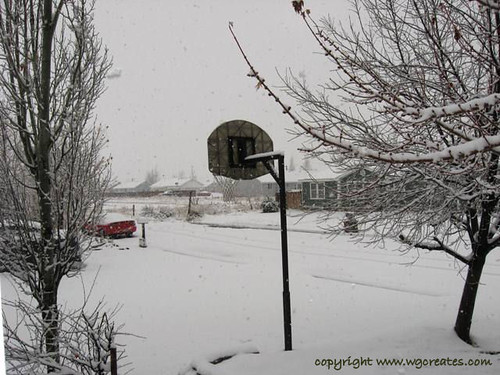 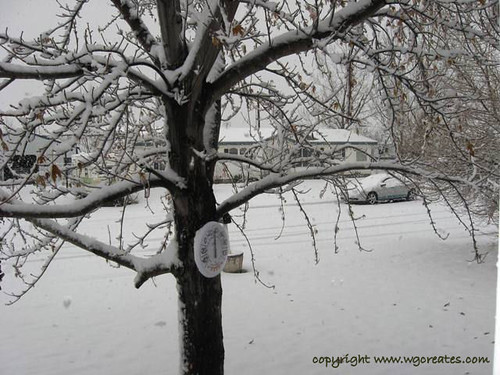 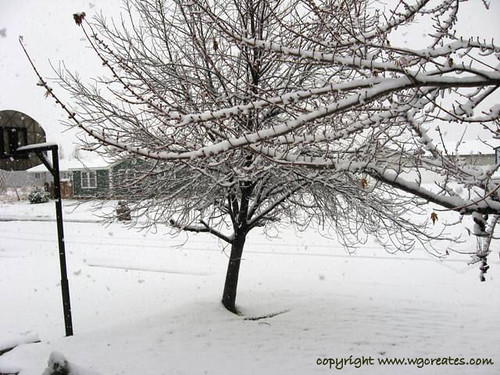 It was quite a heavy snow for the kids to shovel.  But at least it’s slowing down now, so maybe they won’t have to shovel again until tomorrow.  It’s perfect snowman making snow, though none of us feel like going out and making snowmen right now.  We are all cozy in the house.  🙂  I think I’ll get off the laptop now and do some cross stitch while watching the movie and enjoy looking at the snow.

2 thoughts on “I think things are back to normal”