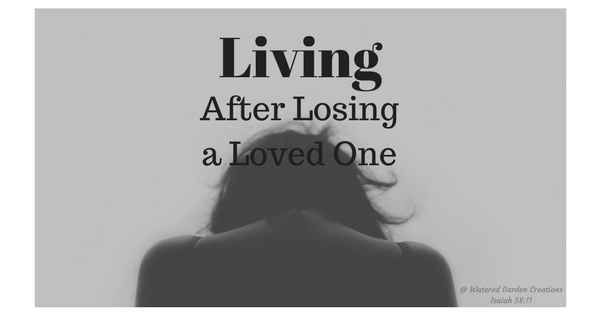 Living after losing a loved one

March 29, 2017, was the beginning of a change in my life that I’m still trying to adjust to and has me living after losing a loved one.

It started out as a normal day for Paul and I.  It was a Wednesday and we had plans to go visit my parents.  As we were getting ready to go, my sister called and wanted to let me know my dad had fallen two times.  As recent as earlier that morning.  🙁  She wanted us prepared that dad was getting more fragile.  My dad was 93 and had been getting more weak and fragile for about 6-8 months.

We got out there about 2 hours later, and I really wasn’t fully prepared for what I saw.  My dad was so weak he could barely sit up and greet me, but greet me he did.  🙂  He gave me his usual smile, grabbed my hand and gave me a hug.  We all knew he needed to get to the hospital in the ‘bigger’ city.  He couldn’t walk on his own, and we couldn’t get him in a car, so we had to set up an ambulance to take him.  We thought he would argue about it, but he agreed, saying all he wanted was “sirens and to go fast”.  😀  But him agreeing meant he knew there was something wrong.  It was the start of the longest 6 days of my life.

We all thought that he would have to stay at the hospital for a couple of weeks, get some physical therapy, maybe some antibiotics etc…  The first day or two we were there, the doctors thought it might be possible, but by Saturday we realized that wasn’t going to happen.

On Saturday morning the main doctor told us that my dad had a type of bone cancer and that his kidneys were failing.  Though we knew dad was getting worse, we were shocked at how bad.  We were waiting for more tests, and the doctors were trying to get his kidneys functioning.  But we were becoming aware things were very bad, so we called my brother, who lives in Texas and told him he needed to fly here.

By Sunday, we knew that all the doctors were trying wasn’t going to work.  My dad was in congestive heart failure, for years, and anything they proposed his body wouldn’t be able to handle.  Sunday morning the doctor said dad had maybe 5-7 days to live.  Around 10:30 am Sunday morning we told dad all that was going on with his body.  We asked him to hang on until Joe got there at noon, he said he would try.

Thankfully Joe got there by noon on Sunday.  Both Saturday and Sunday were days of getting all the family members to see dad.  Mom, Carrie, Paul and I started staying in a hotel Wednesday night, Joe joining us on Sunday and all the grandkids and great-grandkids coming when they could.  We all had different times with him, talking, enjoying what we knew would be our last time with him, saying our goodbyes.  By Monday he was on care and comfort and moved to his own room.  Mom, Joe, Carrie, my niece Jessi, Paul and I were with him that morning, as he became unconscious and unresponsive.  We stood around his hospital bed, holding his hands, watching him take his last breaths.  On April 3rd at 12:35 pm Monday afternoon my dad was gone.  🙁

We went about the process of setting up dad’s memorial, funeral, obituary, all the things that needed to be done.  Dad had a great memorial and funeral, with military honors. 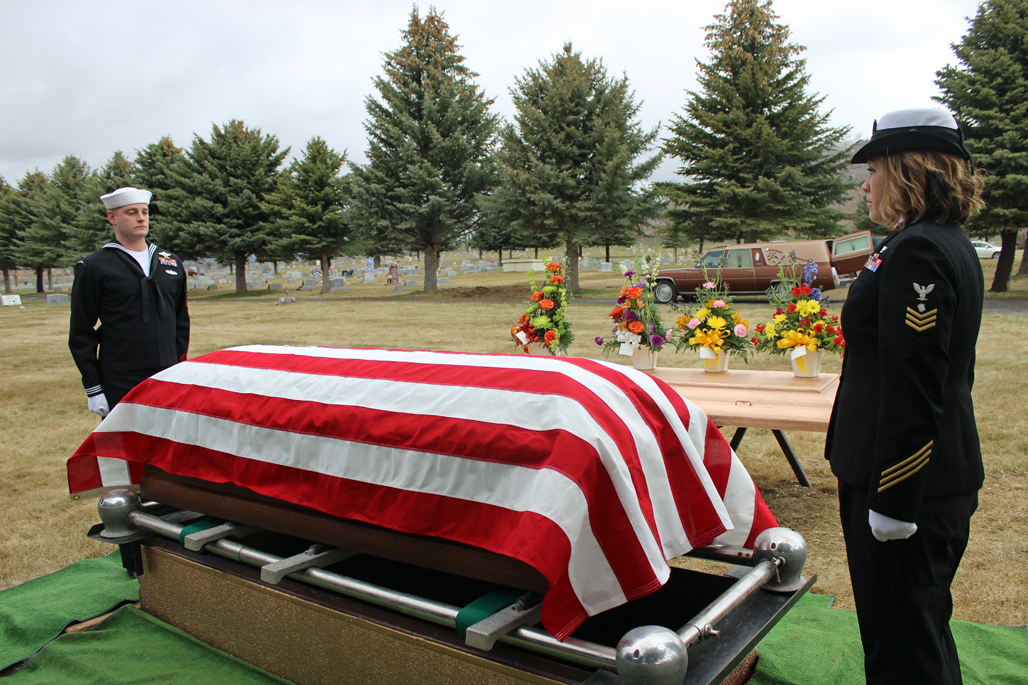 It was such a hard 2 weeks.  I pretty much lived either out of a hotel or my sister’s guest room.  Paul brought me some clothes, and I did make one quick trip home to get funeral clothes.  Who knew when I left my house on Wednesday morning I would be gone for almost two weeks?

Then after all that, life continues to move on.

You feel like the world should stop, everyone should realize that you lost your dad.  But that’s not how life works, does it?  We have to keep moving, keep living.  It’s not always easy, but it’s what we have to do.

We had plans for a family reunion down in Arizona for Paul’s side of the family for the end of April.  It had been set up since last fall, and my dad had even helped us make sure we could make it.  I had thought about not going, but it was over 3 weeks after my dad’s death, and I know dad would have wanted us to go.  Even mom said we should go.  Honestly, I needed some time away, I think all of us (Paul and the kids) needed some time away.  It was a great time with Paul’s side of the family, and it was exactly what I needed.  I needed the sun and warmth, I had gotten bronchitis after dad’s funeral, and the laughter and fun.  🙂

Since then I’ve had good days and bad, happy days and sad.  I’m writing this on the evening of Father’s day, and today was a blessed yet hard day.  We had a great time with my husband and kids but I sure missed talking to my dad like I did every Father’s day.

We go on with life, we live, we love, we have hard times, happy times, sad times.

I have lost loved ones before.  I lost my own brother 24 years ago, but every loss is different.  I will have more sad times, I know, but I will also have joyous times.  Not only with my family and friends, but in remembering my father and the man he was.

One of the many wonderful things I remember of my father, and something he taught me, was my love for photography.  He was always taking pictures and when he had us all lined up for pictures he would always say ‘One more.’  🙂  That was before the time of digital cameras, and he wanted to make sure he had the shot.  lol, I’m thankful for all the pictures we have of him, of us together, of family.  I’m thankful he didn’t shy away from the camera, that he blessed us with any picture we wanted of him.  And we now have those pictures along with our memories.

5 thoughts on “Living after losing a loved one”

This site uses Akismet to reduce spam. Learn how your comment data is processed.